The oil market is even more fragile as the uncertainty created by COVID-19 shows little sign of abating, the International Energy Agency said in its September oil market report. 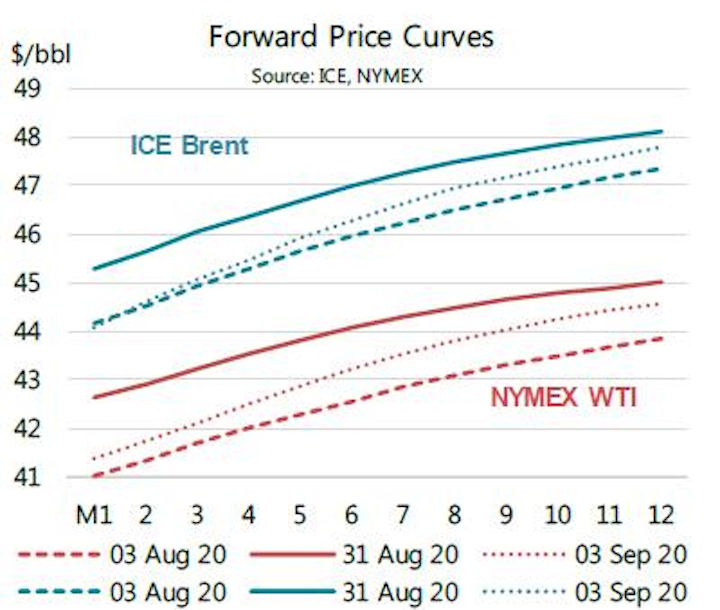 The oil market is even more fragile as the uncertainty created by COVID-19 shows little sign of abating, the International Energy Agency said in its September oil market report.

A resurgence of COVID-19 cases in many countries, local lockdown measures, continued teleworking, and the weak aviation sector led to downward revisions of IEA’s demand estimates for third-quarter 2020 and fourth-quarter 2020 by 100,000 b/d and 600,000 b/d, respectively.

New data show that global demand from January to July was 10.5 million b/d below last year’s level. A sharp demand recovery led by gasoline emerged as national lockdowns eased, but the curve has flattened as it is apparent that COVID-19 will be with us for some time.

“In Europe, the number of new cases has risen as the holiday season ends, though the rate of hospitalizations and deaths is lower than seen earlier this year. Case numbers in the US are falling and the situation seems to be improving in Japan and Korea. However, in various places, the situation is worrying, and we are seeing localized lockdowns. Some countries, for example France and the UK, have introduced measures such as mask-wearing obligations and restrictions on gatherings and they may yet go further to fight the pandemic. These developments weigh heavily on economic activity and lead to lower expectations for a recovery in energy demand,” IEA said.

India has seen a continued upsurge in COVID-19 cases, contributing in August to the largest month-on-month fall of oil demand there since April, as the recovery in oil demand that started in May came to an abrupt halt.

Saudi Arabia and Russia led world oil supply higher to 91.7 million b/d in August after OPEC+ cuts eased in line with the group’s output agreement. Production was up 1.1 million b/d m-o-m, but down 9.3 million b/d y-o-y reflecting the ongoing impact of record output declines that started earlier in the year.

On the downside, the US saw output drop by 400,000 b/d in August due to Hurricane Laura, but recovery in September continues as additional shut-in volumes come back online. For the year, US output will be down 700,000 b/d as onshore drilling and completion rates remain well below levels required to offset declines across the shale patch. In the absence  of an uptick in investment, IEA forecast a further decline of 600,000 b/d in 2021. 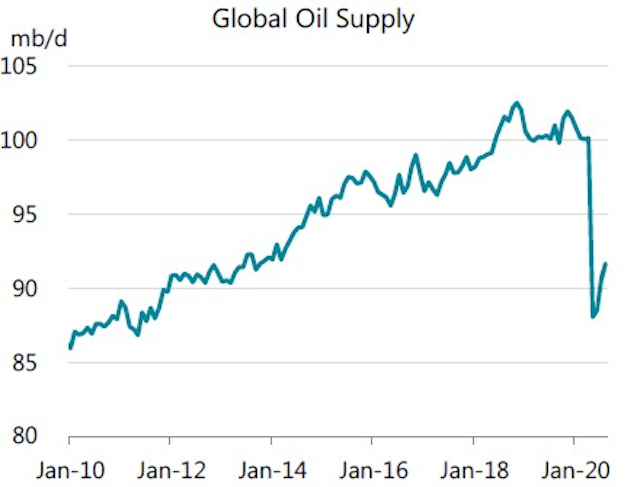 Stock draws suggest firmer prices, but the front of the price curve moved down in August and prices for physical barrels (Dated Brent) fell below front-month futures, usually a sign of weakness.

Despite a stock draw over time, OECD data show a return to record levels due to a July increase. OECD industry stocks rose by 13.5 million bbl to 3,225 million bbl in July. For the year to July, stocks have increased by 334.5 million bbl at an average rate of 1.57 million b/d. 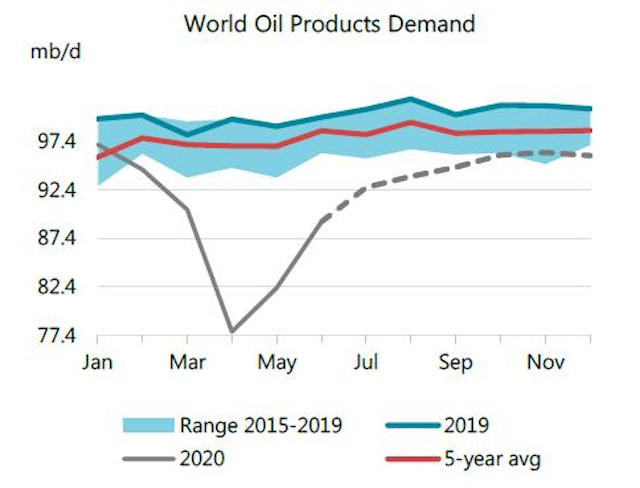